Having the Arabic language being written from right to left, the web developers need to adapt their code to render the Arabic text correctly. Today, I’ve stumbled upon this online tool that enables developers to convert their CSS code from one direction (LTR) to the other (RTL). 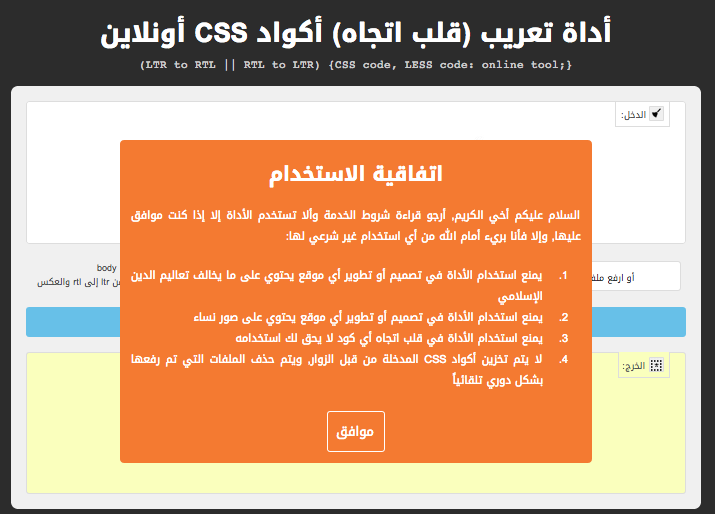 However, I’d like to discuss the usage agreement of the tool, which states the following:

As you may know, in both of the Open Definition and Open Source Definition, it is stated that there should be no discrimination against fields of endeavor:

For sure that author of the tool, did not say that his tool is compliant with any of the above definitions, however, I found it a good opportunity to open a discussion about the different usage agreements we see:

2 thoughts on “No women photos allowed”